I'm back. You thought you shook me for good, but nope. Sorry, you can't get rid of me that easily. I'll admit it has been a stretch since I last posted. I've been coaching and training, travelling and racing, and now have been in school pursuing my MSc. for over a month! Looking back at exactly a year ago, I was just settling into Guelph. I was new to the RTC group, new to living all on my own, and new to Ontario. Now here I am, a year gone by, and Guelph is starting to feel like home! This Rocky-Mountain West-Coast girl is starting to appreciate the Ontario lifestyle. 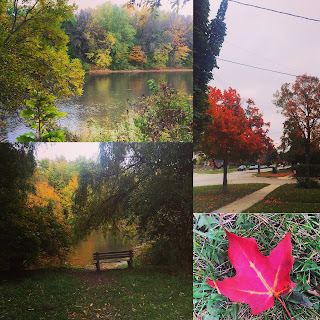 So... since I haven't posted since pre-race season... Here is a season recap!

My first race of the season was Huatulco ITU sprint World Cup. Due to my achilles injury that nagged me all year, I was nervous about the run. However, my swim and my bike were feeling very solid (Thanks Tuesday night hammerfests with Speed River!), and so I was confident I could race with that caliber of athletes. Unfortunately I had a little crash on the last lap of the bike, but still managed to finish 16th overall. While it would have been nice to run a top ten in my first World Cup of the year, I still was able to take a lot of confidence from this race and apply it to the rest of my season. 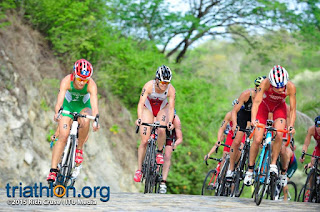 I started July with a little local hit at the Belle River Triathlon. I went into it after a huge week of training, and was definitely tired. The whole point was to go in feeling exhausted and still race well, as I would have to do in Tiszaujvaros a month later. Luckily I grabbed the win, and more importantly the experience to trust my training and the process in the face of fatigue.

A couple weeks later we drove to Magog to compete in the CAMTRI Magog American Cup which also doubled as Canadian standard distance nationals champs. This ended up being my only Olympic distance race of the season! I had a great swim - my first good olympic-distance swim in a couple of years (Thanks Coach).  Joanna and I worked together to hammer the bike, according to our race plan. I didn't have my best ever 10 kilometer run, as I didn't have the run volume under me to do so, but I did finish 5th overall and first Canadian, and was definitely proud of this accomplishment. 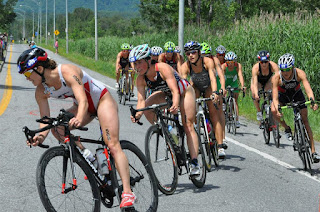 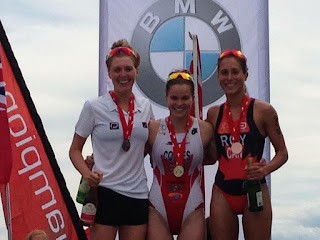 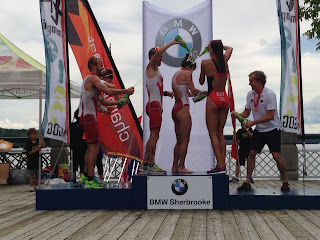 At the beginning of August Domi, Gaspar and I headed to Tiszaujvaros, Hungary. This was one of my key races of the season. If you don't know much about Tiszy, it is the only World Cup on the circuit that has a heats and finals format. On Saturday you race a sprint distance triathlon in the smallest lake on the planet (first turn buoy only 100 m away), then proceed to try to not destroy yourself in the insanely hot bike and run. The top 14 women and top 7 men from each heat made it to finals this year. The next day (providing you made the final), you do it all over again on a more technical and spectator friendly course. In the evening, the top 20 girls and guys are presented up on stage! Craig told me that I wasn't allowed to come home unless I danced on the stage.

The semi went fairly well! I had an okay thrashfest-of-death swim, and came out in chase pack. Although our plan was to crush the start of the bike, I immediately blinked out my contact lens (my worst fear!) from the hot dry air, and spent the start of the bike trying to get it back into my eye while riding at the back of the pack. I was unsuccessful, and ended up doing the rest of the race half-blind (I am quite blind). The rest of the bike was fairly un-eventful other than the contact lens drama, and we caught up with front pack without too much effort. I started the run quick, and was sitting in top 5 for the majority of the run. I briefly let my ego get the best of me, and thought I was a shoe-in for the final. Then, in the last lap, a huge pack of girls caught me! It turned into a fairly close finish and I qualified for the final in 11th position in my heat.

The next day was hilarious, because all the competitors seemed to be of the same mindset. Namely, "We have to do that swim again!??" and "WHY do I do this to myself!!??" My swim felt worse than the previous day, but I came out in chase pack again. Emmie Charayron was the star in getting us moving, and we caught the front pack quickly. The rest of the race was all about tactics into the corners. Onto the run I went out hard again, and ended up finishing in 13th! This was my best World Cup finish to date, and I am very happy with it. 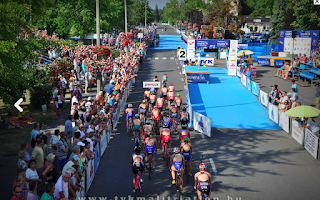 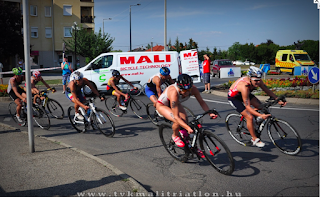 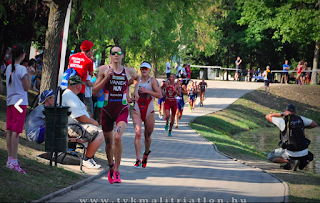 At the start of the year last year, Craig and I laid down some goals. One was to compete at the ITU World Triathlon Series Edmonton! I thought for sure this wouldn't happen when my season was delayed due to my achilles injury, and then as my run volume never increased as I managed the injury throughout the season. Somehow I was still able to hit this goal! And man, it is an amazing to feeling to finally have raced my first WTS! The best part is that, despite the fact that I had my worst swim ever, I actually felt like I belonged in that race! It didn't feel out of my league at all, and I feel ready for future WTS races. 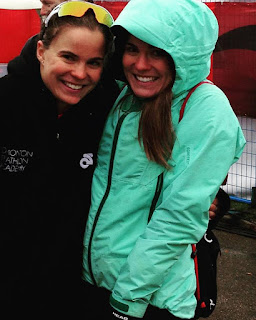 Thanks Family for coming to watch!

Edmonton was by far the coldest race I have ever done. As soon as I dove into the water my body ceased functioning. I couldn't breathe, and I couldn't move my arms. The only consolation was that I knew a lot of the other girls likely felt the same way. I came out of the water pretty far back, and then worked with 3 other girls for the remainder of the bike in the freezing rain. The run actually felt amazing, because I couldn't feel anything at all! I felt like I sprinted for a kilometer at the end, because I kept ramping up the pace and it never hurt. Entering the finisher's tent was another experience, as the majority of the girls were hypothermic and bawling their eyes out. I wonder if the men's finish tent was the same way... 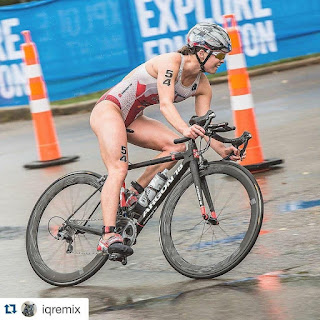 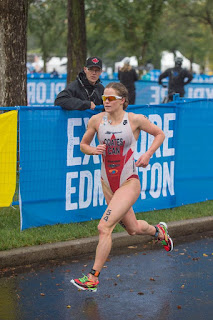 (Almost done, I promise). Cozumel World Cup was my last race of the season! It was another sprint, and the location was hard to beat. My swim went really well, but unfortunately I was just off front pack, and due to a pack that wouldn't work together, we never caught the leaders. It was definitely a frustrating ride, and I think I worked a little too hard trying to keep the pack moving. My run felt horrible, maybe due to overworking the bike, the heat, or my lack of run volume finally catching up to me. I finished in 29th, and was quite disappointed. However, I remembered how far I have come this year, and am now just happy for having had the opportunity to race. Hopefully next year I'll be back racing in Cozumel in the Grand Final! 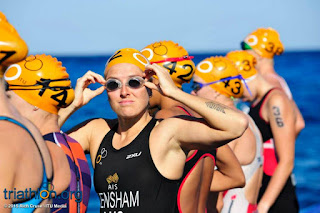 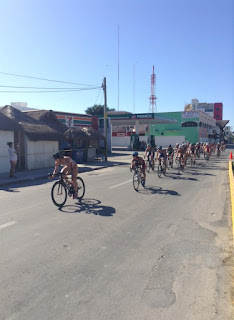 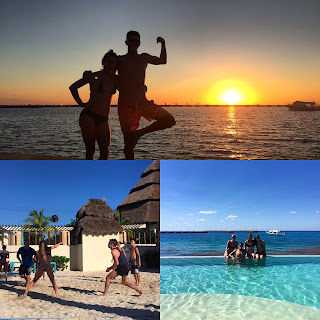 Racing has given me the opportunity to travel the world, make deep and lasting friendships, find the limits of my strength, push past those limits, and learn all about myself and others. I am so grateful for all of these experiences. Thank you MOM and DAD because I never could do this without you. Thank you CRAIG for such an awesome year. Thank you LPC for being a sweet group of Triathletes - especially my own athletes who are a pleasure to coach. Thank you Triathlon Canada for supporting me. Thank you RTC GUELPH for being such a supportive group of amazing athletes, and the best friends. 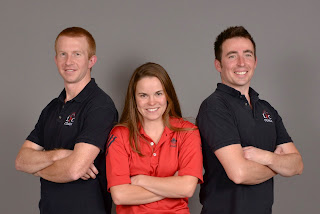 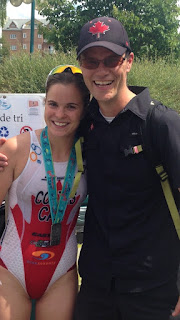 Finally, thank you kick-ass sponsors! SKECHERS: Awesome shoes - awesome clothes - awesome people. EASTON: Best wheels on the market. I am a corner demon out there on the bike. ARGON 18: I love my baby Argon/ Apollo 2.0! An amazing little Canadian bike!

You aren't a true triathlete unless you own at least 5 pairs of compression socks, so luckily CEP Canada covers my compression sock quota with the best compression on the market. BLUE-SEVENTY provided me with the wetsuit of my dreams! Finally thanks CHAMPION SYSTEMS for the race suits! I am very lucky to be set up so well! 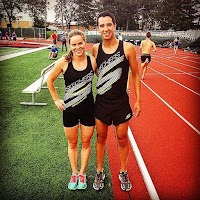 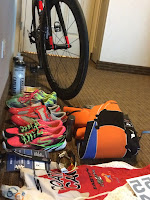 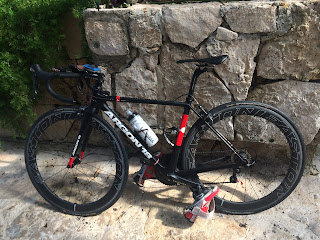 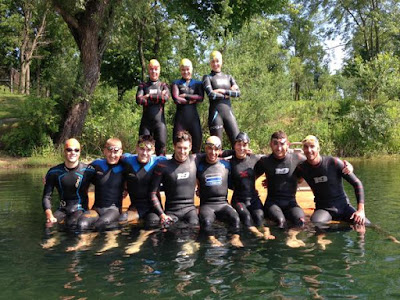